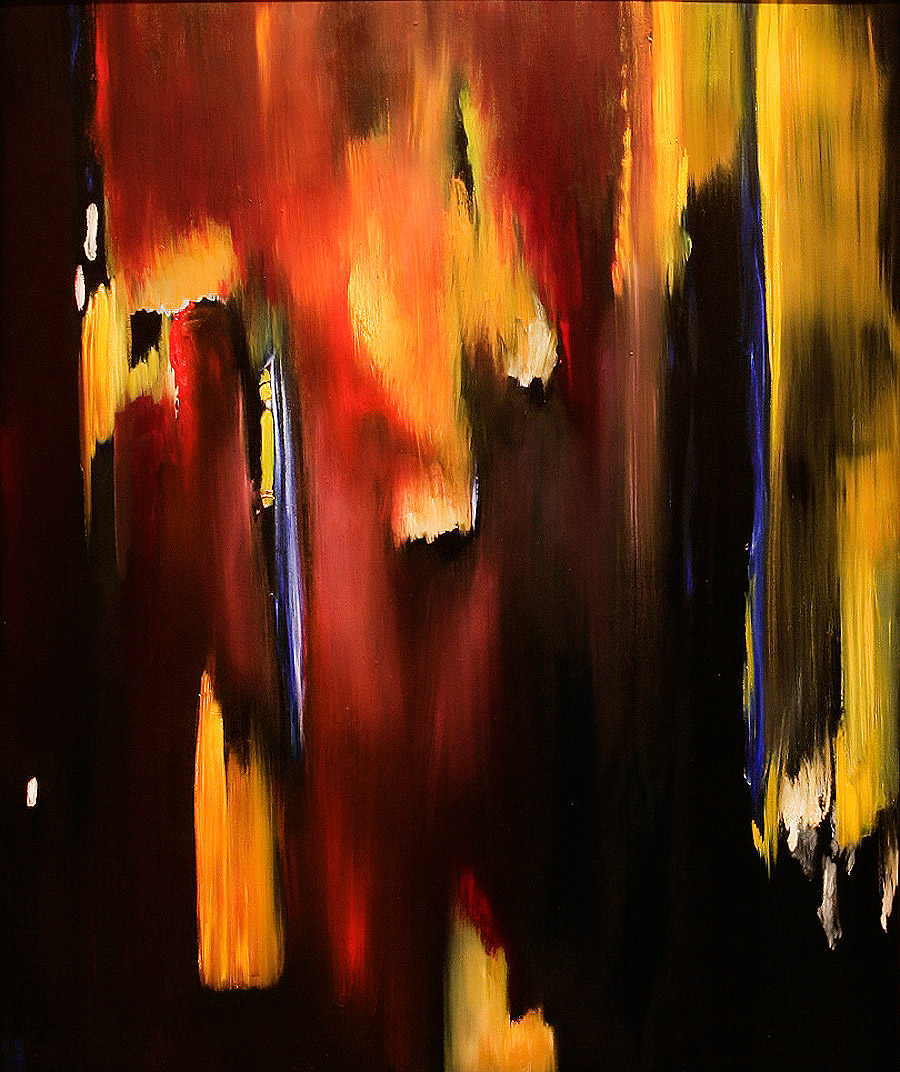 Before I attempted to paint Mahler VI and even before I listened to the symphony I did a great deal of research and exploration into the context and surrounding materials, especially the circumstances of Mahler’s life at the time. I had read that it was a colossal work, dark and deep in its texture, romantic and overbearing at times but all the same one of Mahler’s most beautiful and thoroughly composed symphonies.  I found it interesting that at the time of its composition it was one of the happiest times in Mahler’s life. Which is why perhaps, he was able to immerse himself in the darkness and tragedy of the symphony with out being consumed by its pessimism. I knew that taking on this piece would be a monumental task and I wasn’t sure that I had the capacity as an interpretive artist to uphold the emotional integrity, of what I now believe to be one of the greatest symphonies ever written.  I knew that the grandeur of the piece warranted a very large canvas but when standing in front of the 8 x 4 ft frame I was overcome by my meagerness.  So, I decided it was best to do an improvisation on a smaller canvas to help me better understand my artistic intentions and I moved forward with great uncertainty. The opening movement electrified me and I began painting feverishly the Improvisation #1 for MVI.  The color pallet revealed itself immediately and the articulation in the music rose and fell with such ferocity that it was almost as if I had become the proverbial “Hero”, being torn apart with each paint stroke.