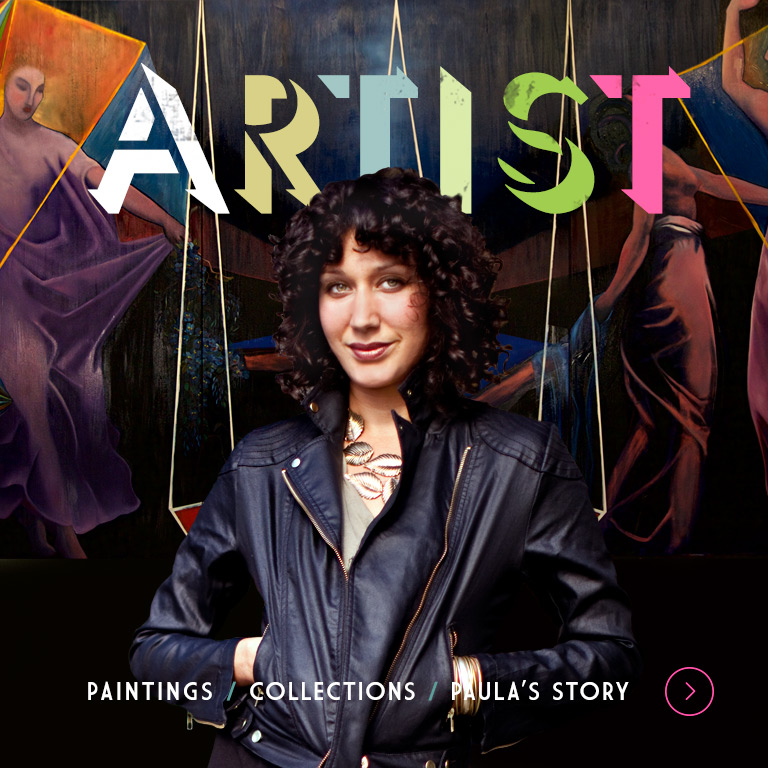 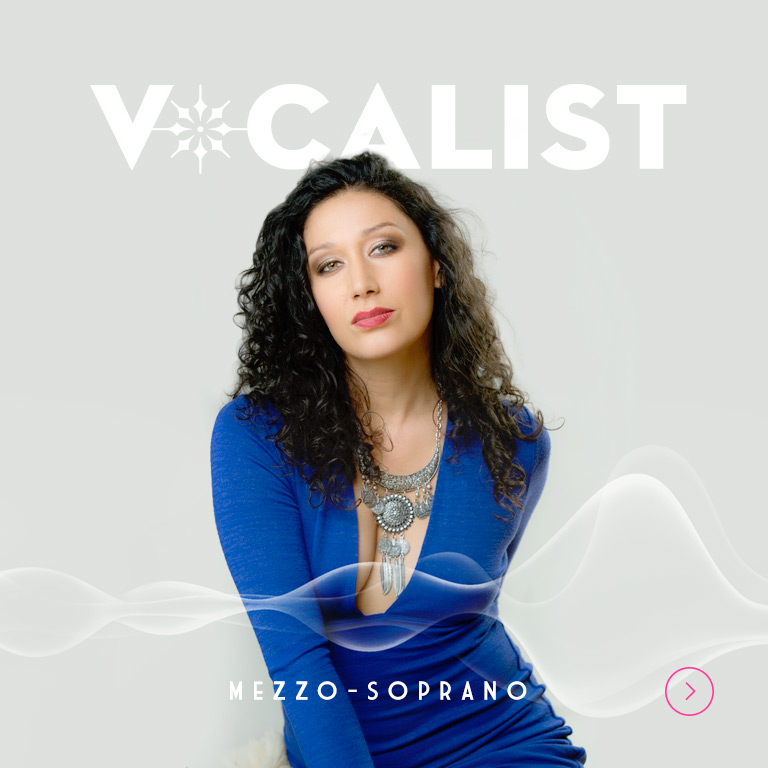 "Best of all, I enjoyed the art installations by Toronto artist Paula Arciniega who managed to capture with directness and ease the transformative imagery of the evening’s night-time scenic inspirations. Her canvases literally captured themes of transfiguration through forgiveness, all cast in the darker hues and colours of the century’s early modernist subconscious turmoil, but here no longer hiding underground. Instead, Aciniega’s work burst forth in an array of visualized sound and painted music." 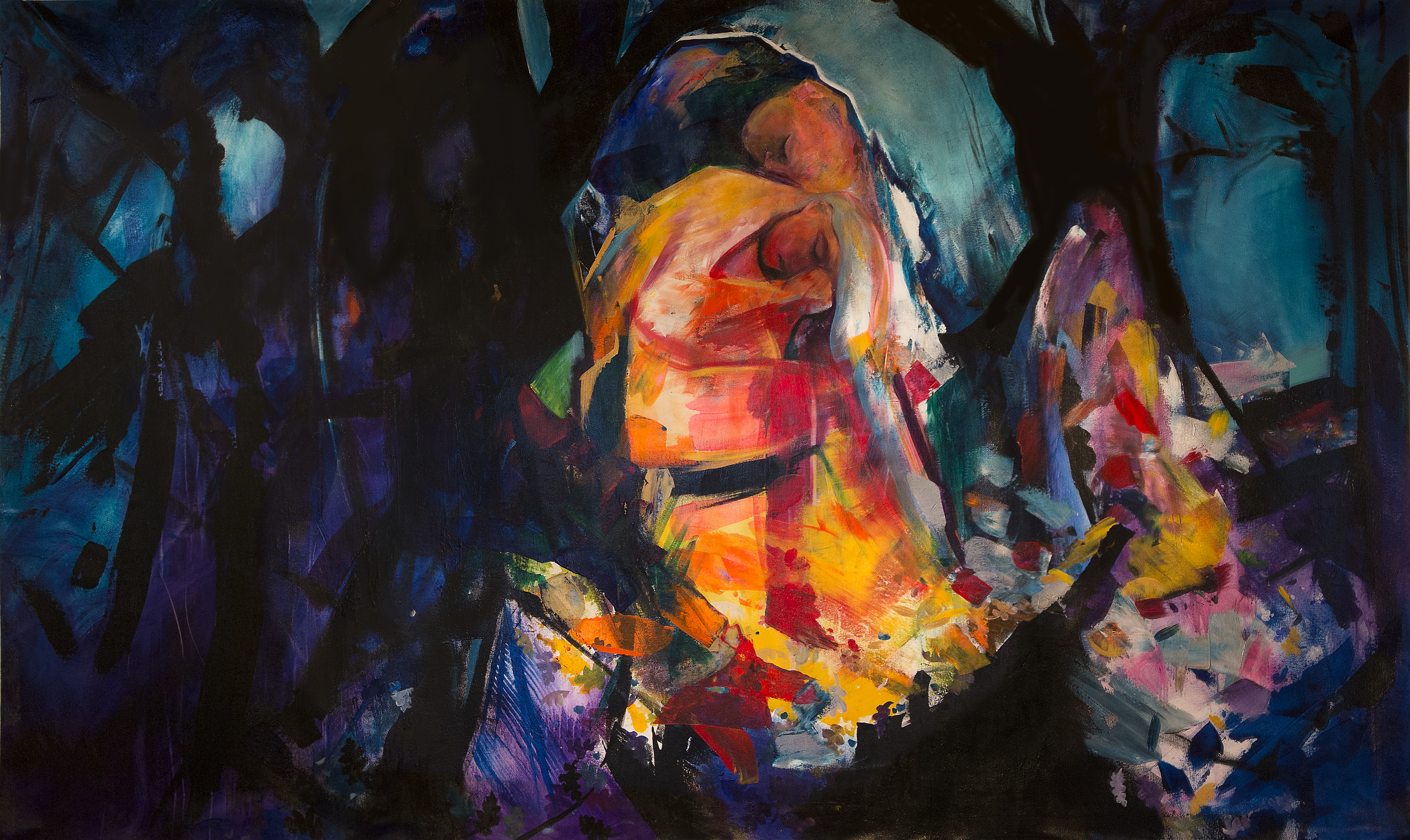 Verklaerte Nacht
Since earning a Masters Degree at the San Francisco Conservatory of Music in 2004, Paula Arciniega has been carving out two artistic paths: one as a vocalist and the other as a painter. For Paula, these aren't separate paths; they are deeply intertwined. The musical works of some of the great classical composers have been potent muses for Paula's paintings. And in the reverse direction, the bold, emotive execution that characterizes so much of Paula's abstract art has a way of informing the emotional range in her musical performances. This mixing of art forms makes for fertile ground: it is in the interplay between song and colour, grand themes and small appreciations, that Paula finds so much inspiration.

If you've met Paula, you know she was meant to do this. To create. To sing. She's the kind of person who seems excited at the very idea of Possibility: literally all that awaits emergence – a cosmological constant of sorts, there like a loyal lover – if only human consciousness would unfurl these unseen heavens.

Perhaps this is the great beauty of it: that the heavens cannot be known all the time; and so art and music are a series of glimpses that leave you feeling more alive, more truthful, and hopeful about what comes next.

New connections have the power to inspire and energize. We get a kick out of fostering new connections that spark collaboration across genres as well as within genres. Talk to us.

Along with hosting concerts and collaborative events Ohso Studios also produces original works of art and live performance under the ever expressive creativity of Paula Arciniega.

The musical world of creativity, balance, and harmony translates intuitively into the world of custom home building. Matthew Brooks manages "The symphony of construction." Ask us about Project Management.

if OHSO's capabilities interest you, get in touch